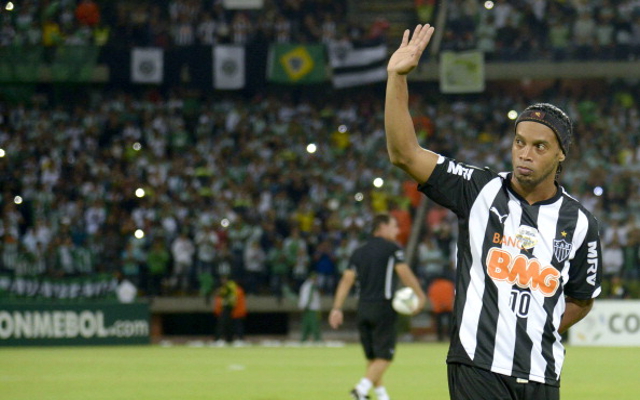 QPR are reportedly preparing a shock move to sign Brazilian veteran Ronaldinho according to CalcioMercato.

Having secured an instant return to the Premier League Harry Redknapp is no doubt keen to strengthen his Loftus Road squad and whilst a move to sign 34 year old Atlético Mineiro star may well help sell shirts and make the west London side infinitely more marketable will such a deal help prevent a second relegation in three seasons?

QPR brought in big name additions in 2012/13, with the likes of Esteban Granero, Julio Cesar, Loic Remy and Stephane Mbia being brought in to help their cause, however Redknapp’s side still suffered relegation.

Ronaldinho left Europe for a return to his native Brazil 2010 and one has to wonder if the attacking midfielder still has what it takes to make an impact at the highest level.

Redknapp would do better to bring in players experienced at Premier League level but preferably not those in the latter stages of their careers.