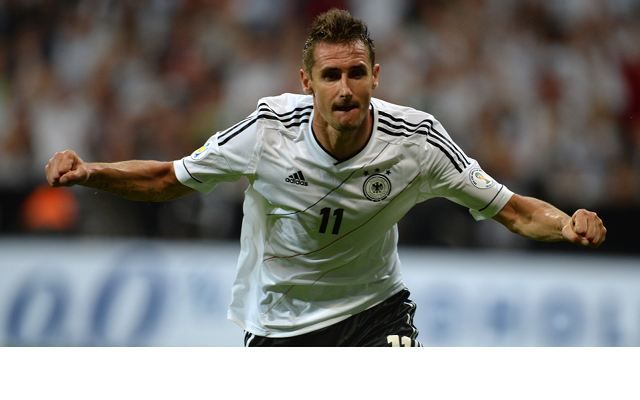 His goal was the second of five German first-half goals, as Klose and co made an astonishing start to the World Cup semi-final. The strike, his second at this summer’s tournament, takes him past the previous record holder – Brazilian legend Ronaldo, who has scored 15.