Last night’s humiliation was the worst in Brazilian football, and probably – the worst in the history of the World Cup. Not only did Luis Felipe’s Scolari’s men let themselves down, but they completely embarrassed a nation of fanatics, and played like a young child was was upset that their birthday party hadn’t lived up to their fantasy expectations.

It was a disgrace – and here’s seven who should never be called up to a Brazilian squad again.

This was Fred’s heat map against the Germans (and not one of those joke ones you regularly see on Twitter).

HEAT MAP: Fred has taken kick off 5 times and he’s not touched the ball in the Germany penalty area. #BRA pic.twitter.com/PVtYiGWgRw

The striker is abysmal, and how he ever got near this Brazilian squad when players like Coutinho, Roberto Firmino and Lucas Moura were sat at home, is to be fair, his manager’s fault – but it doesn’t make him anymore gruellingly poor. Fred doesn’t make runs, he can’t hold the ball up, he has the turning circle of a rotating restaurant – and unless the ball arrives on a plate from six yards out, he’s obsolete. The phrase ‘robbing a living’ has never been more apt. At times, it appears he’s carrying one of those rock cars that his namesake Mr. Flintstone does, such is his tortoise-esque pace. So, so poor. 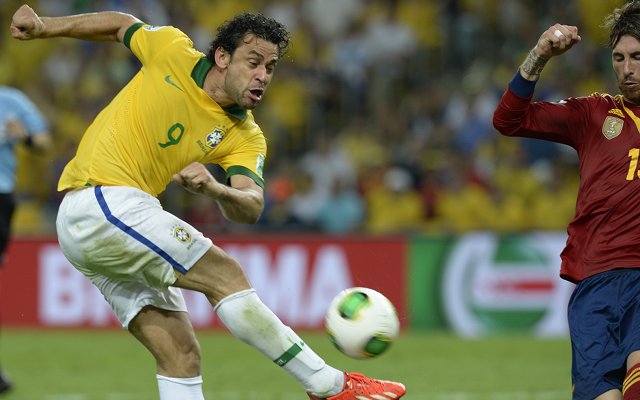