Liverpool transfer gossip: The Reds are prepared to sell Brazilian midfielder Lucas in order to fund a move for Dejan Lovren, Yaya Toure linked with a shock move to Anfield and more. 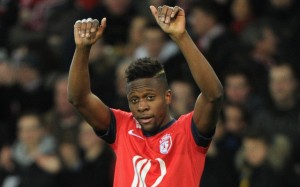 The Daily Mirror are reporting that Liverpool target Divock Origi, who was thought to be close to completing his move to Anfield, has been the subject of a late rival bid from Tottenham.

Origi, 19, impressed for Belgium at this summer’s World Cup – starting in both his country’s knockout round games and netting the winner in the 1-0 group stage victory over Russia.

Liverpool were thought to be close to sealing a deal worth around £10 m, but Tottenham’s late interest could potentially set-up a bidding war over the youngster, who currently plays for French side Lille.