Man United are in advanced talks to sign Argentine winger Angel di Maria and German centre-back Mats Hummels in a double deal that will set the Old Trafford side back £75m according to the Metro.

Incoming boss Louis van Gaal may be busy guiding his Dutch national team outfit to the latter stages of the World Cup but that hasn’t stopped the veteran boss from giving the all clear for moves to capture Luke Shaw and Ander Herrera and it appears further additions are on the horizon.

26 year old wide-man di Maris has demanded a Real Madrid exit and though PSG are also keen on the former Benfica man Man United are pushing to complete a £45m deal to sign the talented attacker. 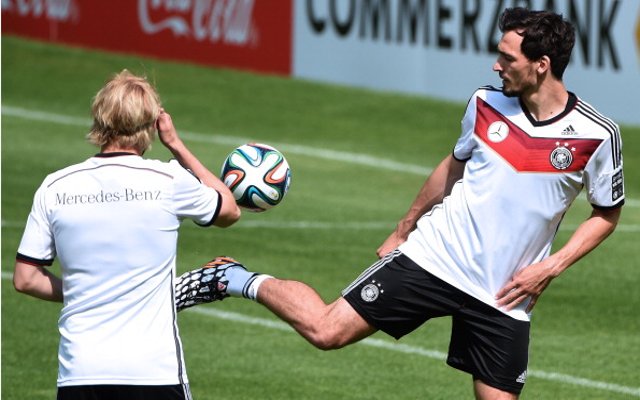 Man United are also looking to wrap up the £30m capture of rock solid Borussia Dortmund defender Hummels, with talks ongoing with the Bundelsiga side.

The former Bayern Munich man’s potential arrival would go some way to filling the void left by departing veterans Rio Ferdinand and Nemanja Vidic and Hummels displays at the World Cup have certainly done no harm to his reputation as one of the best in the business.

Having suffered a disastrous campaign last term Man United’s owners seem keen to offer van Gaal all the funds needed to significantly improve a squad that could only manage a seventh place Premier League finish in 2013/14.