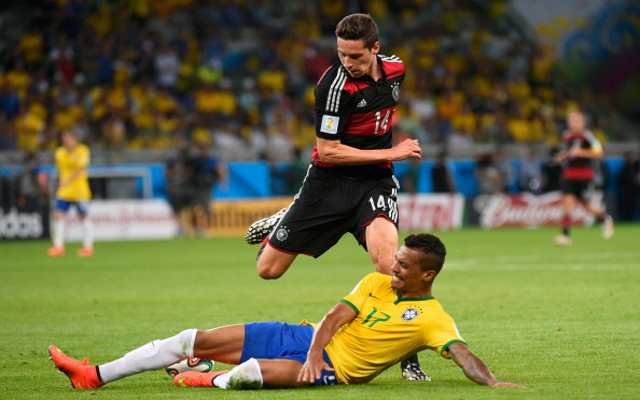 Tottenham are readying a bid for long term Arsenal target Julian Draxler according to the Metro.

Newly installed White Hart Lane boss Mauricio Pochettino would like to make the German international one of his first signings as Spurs though one wonders if a bid of this value would even be considered by his Schalke side.

Pochettino is looking to bring in youthful talent as he sets about planning for the long term and the Argentine sees attacking midfielder Draxler as a player he can build his side around.

The 20 year old has completed four Bundesliga campaigns at his Gelsenkirchen club and has almost 150 top tier appearances to his name an impressed in Champions League action last term though did miss a sizable portion of 2013/14 with an ankle injury.

Draxler is part of Joachim Low’s 2014 World Cup finals squad and came on as a second half sub during Germany’s 7-1 thumping of Brazil last night.

Pochettino could do with adding more goal-scoring options to his fairly brittle central midfield options with the former Southampton manager having a host of tough tacklers including the likes of Sandro and Etienne Capoue whilst Moussa Dembele blew hot and cold last season.

A move to bring in Draxler, to play alongside hugely talented Dane Christian Eriksen would be a wise move to pursue though the lack of a Champions League berth may well prove something of a stumbling block for Tottenham.