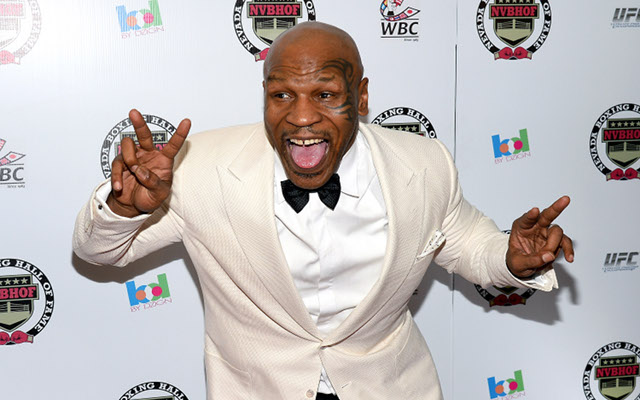 Former heavyweight boxing champions of the world Mike Tyson has jumped to the defence of disgraced Liverpool striker Luis Suarez by saying he understands why he took a bites out of Italian defender Giorgio Chiellini, the Daily Star reports.

Suarez, 27, bit the Juventus defender on the shoulder during Uruguay’s 1-0 victory over the Italians last month, though the bite was not spotted by the referee at the time and the Uruguayan escaped immediate punishment.

However, upon review of the incident FIFA decided to retroactively slap a four-month ban on him to rule him out of the game for the next four months.

Suarez would later go on to eventually apologise for the bite, claiming it was a moment of madness, which Chiellini accepted and sought to move on from.

Former world heavyweight champion Mike Tyson has defended Suarez and claimed that his bite on Chiellini was nothing more than a ‘blackout moment’.

Tyson himself is no stranger to biting controversies, having taken a chunk out of Evander Holyfield during a championship bout in 1997.

And the 48-year-old claims that he understand exactly where Suarez was coming from with his excuse.

“Suarez’s bite? I understand it, it was a blackout moment which can happen at times,” he said.

“It was just one moment in which the competition can make the blood in your veins boil and it overpowers your rationality.

“Sometimes you become something that you are not.”