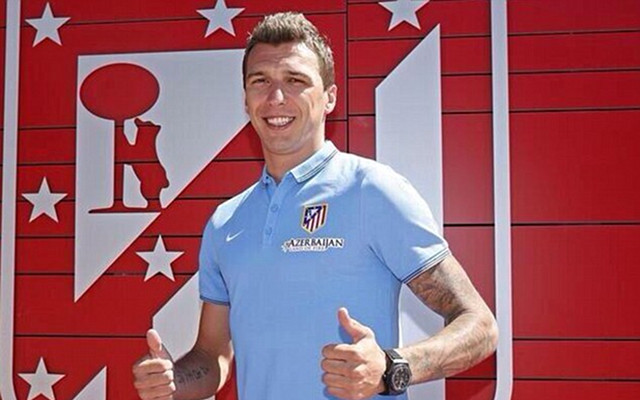 Premier League duo Chelsea are Arsenal have been left kicking themselves after they missed out on top striker target Mario Mandzukic, who has joined Atletico Madrid, the Daily Mail reports.

The London clubs had been linked with a big money move for the Bayern star after it emerged that he would be seeking a move away from the Alianz Arena this summer following the recent arrival of Robert Lewandowski.

However, they have missed their chance after he announced via Twitter that he would be heading to the Vicente Calderon, which was later confirmed by the club.

The 28-year-old has scored 25 goals in 48 appearances for club and country over the past year, including a brace against Cameroon in the group stages at the World Cup.

The deal will likely confirm Diego Costa’s arrival at Stamford Bridge in the coming days, though, now that the Spanish side have signed themselves a replacement for the £32m-rated Spain international.

But both Jose Mourinho and Arsene Wenger will likely be continuing their pursuit of additional options in attack before the start of the new campaign.

Wenger is to wrap up the signing of Barcelona’s Alexis Sanchez before the weekend, while the Blues are still looking at various options.