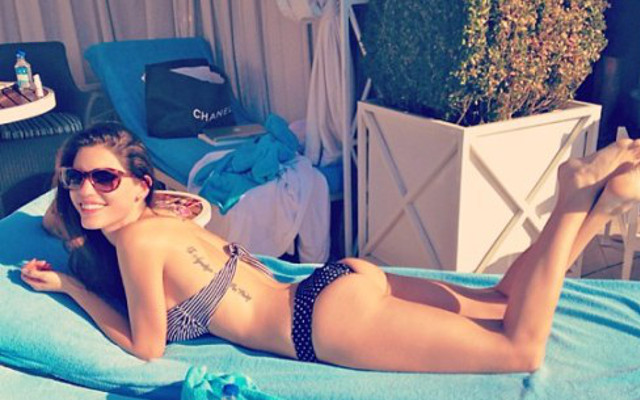 Hot WAG puts a smile back on her husband’s face after penalty failure.

Wesley Sneijder’s hopes of winning the 2014 FIFA World Cup were ended by a penalty-shootout defeat to Argentina in the semi-finals on Wednesday night.

The Galatasaray playmaker, who was a losing finalist in South Africa four years ago, failed to score his spot kick in the shootout, which Argentina won 4-2 after 120 minutes of goalless play.

However, the 30-year-old was quickly smiling again, after being embraced and kissed by his stunning wife Yolanthe Cabau.