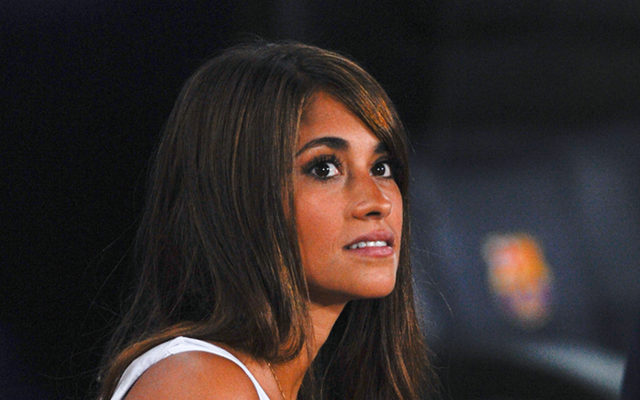 Hottie Antonella Roccuzzo in the stands as Argentina edge past the Dutch on spot kicks.

Lionel Messi’s girlfriend has been a constant supporter at all of Argentina’s games at the 2014 FIFA World Cup in Brazil.

Antonella Roccuzzo was again in the stands on Wednesday night as her man helped the two-time champions book a place in their first final since 1986.

Argentina overcame the Netherlands 4-2 in a penalty shootout following 120 minutes of goalless play in Sao Paulo.

Messi led by example in the shootout, taking and scoring Argentina’s first penalty.

Roccuzzo took her role seriously too, getting dressed up in replica kit and painting an Argentine flag on one of her eyes.

In the below picture, which she uploaded to Instagram, Roccuzzo’s nails are hidden – probably because they had been chewed to death!

Roccuzzo accompanied the picture with the message: “VAMOS ARGENTINA CARAJOOO!!!!!”

For those of you who do not know, Roccuzzo is the lovely lady on the right (with the rather low v-neck).