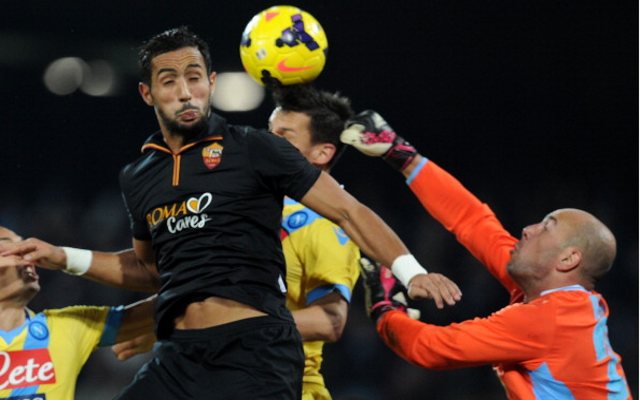 Roma put pressure on City in defender chase.Manchester City have been given a deadline of the 21st of July to make a bid for Roma defender Mehdi Benatia, according to the Guardian.

The Premier League champions are known to be in the market for new signings in defence this summer after some unconvincing displays at the back last season, but Porto starlet Eliaquim Mangala is believed to be their top target.

With City working on a deal to bring in the young Frenchman, they have seemingly decided to keep Benatia as a second choice target, though Roma now want to put pressure on the Etihad Stadium outfit by setting a deadline for them to put bids in for the Moroccan.

Benatia had a superb season for the Italian giants in 2013/14, helping them to the best defensive record in Serie A and to a second-place finish behind Juventus, and he is valued at around £30m by his club.

The likes of Chelsea have also been linked with the 27-year-old in recent times, but clubs may have to act fast to bring him in, as Roma insist they will not be listening to offers for the player after later this month.

It remains to be seen if this will spark City into action, as they still seem to prefer to pursue the signing of Mangala instead.