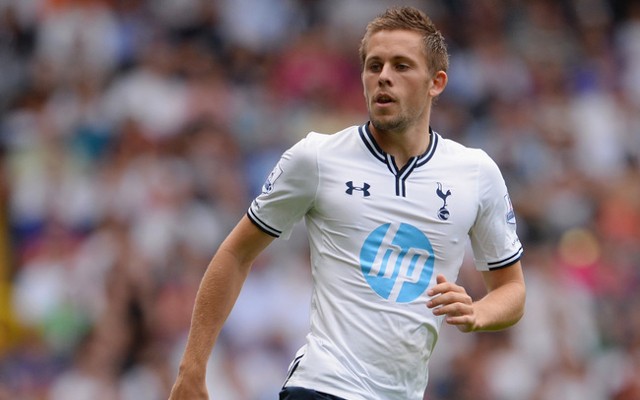 Spurs and Swansea hold transfer talks with the potential for a swap deal.

Spurs are keen to bring the 21-year-old, who has been capped 10 times by Wales at senior international level, to White Hart Lane to provide competition for Danny Rose.

Tottenham’s bid for Davies was reportedly worth £8m, but it was swiftly rejected.

Although Spurs have not yet returned with a second bid for Davies, the North London club have offered midfielder Gylfi Sigurdsson to the Swans, suggesting the possibility of a part-exchange deal.

Jenkins told the South Wales Evening Post: “There’s a lot of speculation about Ben at the moment, as there is with a lot of players at this time of year.

“There was an initial interest from Tottenham, but there has been nothing since.”

Jenkins added: “Gylfi was put to us and he is one of a number of players we have been speaking about.”

Sigurdsson joined Spurs from Hoffenheim in July 2012, after impressing during a four-and-a-half-month loan spell at Swansea towards the end of the 2011-12 season.

The 24-year-old Iceland international has made 58 Premier League appearances for Spurs, 32 of which have come as a sub. He has netted eight top-flight goals for Tottenham.

He has two years left to run on his current contract at White Hart Lane, but it would appear that new head coach Mauricio Pochettino is looking to move him on.