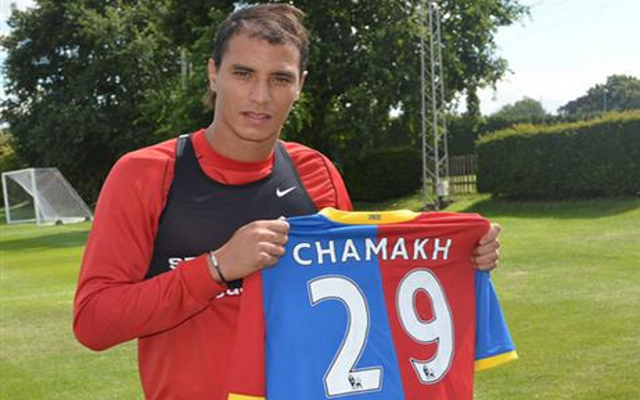 The 30-year-old joined Palace on a 12-month deal last summer, scoring five Premier League goals for the Eagles in his first season in South London.

He became a free agent at the end of last month, but he continued to hold contract talks with Palace, who have now secured his services until June 2016.

Chamakh, a target man for most of his career, was used in a deep-lying number 10 role by Palace manager Tony Pulis last season.

Having agreed a new deal, Chamakh will now fly out to Austria to join up with the rest of the Palace first-team at their pre-season training camp.

Palace play GAK Graz in a friendly on Wednesday.

#CPFC are delighted to announce that Marouane Chamakh has penned a new deal with the club: http://t.co/mcjgobkO0W pic.twitter.com/xo53SiFEEs

After finishing 11th last season, Palace begin the new campaign away to Arsenal in the third weekend in August.

Chamakh was on Arsenal’s books for three years, scoring 14 goals in 67 games in all competitions for the Gunners.