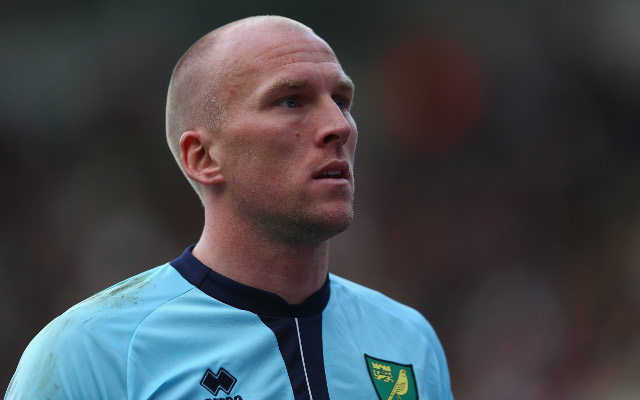 Norwich City and England goalkeeper John Ruddy has taken the mickey out of himself by joking that Liverpool should give him a cut from their sale of striker Luis Suarez to Barcelona.

Suarez will undergo a medical with Barcelona next week, before completing his move to the Camp Nou on a five-year deal.

The transfer fee is reportedly in the region of £75m, although former club Ajax will get a chunk of that money due to a sell-on clause.

Ruddy says that he should get some money too, seemingly suggesting that his goalkeeping incompetence is one of the factors behind Suarez’s massive valuation.

Suarez scored past Ruddy 11 times, including two hat-tricks and a four-goal haul in a 5-1 win in December 2013.