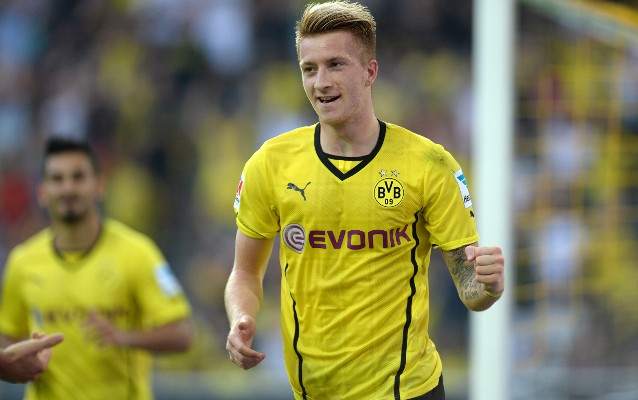 Barca failed in effort to land Bundesliga ace.Barcelona failed in their attempts to sign Marco Reus from Borussia Dortmund before switching their focus to Luis Suarez, according to Brazilian journalist and Barca fan Rafael Hernandez.

A £75m deal for Suarez to move from Liverpool to the Nou Camp was confirmed this afternoon, bringing to an end one of the biggest transfer sagas of the summer involving one of the best players in the world.

The 27-year-old was the top scorer and voted the best player in the Premier League last season, and will form a star-studded attack alongside the likes of Lionel Messi and Neymar upfront for the Catalan giants next term, but he wasn’t necessarily the signing Barcelona initially had in mind.

Reus has long been linked with a number of top clubs after establishing himself as a top class performer for Dortmund, and Hernandez, known for his close links to goings on behind the scenes at Barca, claims that the club tried to sign him first.

The journalist tweeted that the La Liga runners-up made an approach for the German international, only for the Bundesliga giants to flat-out refuse to sell him this summer, leading to an increased effort to bring in Suarez instead.

Regarding Marco Reus, he had agreed personal terms with Barcelona but BVB refused to even talk. Club moved to Suárez, that’s it.