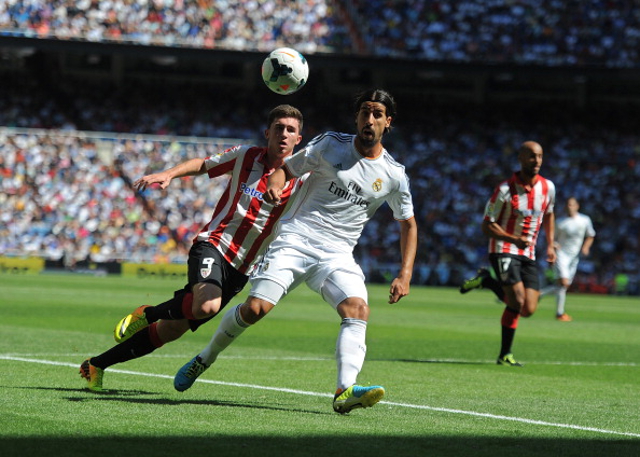 Chelsea are aiming to get one over on their rivals Arsenal by beating them to the signing of Real Madrid midfielder Sami Khedira, according to the Daily Mirror.

The Gunners have recently been linked with a move to bring the German international to the Emirates Stadium for around £20m, with Real seemingly willing to sell him for the right price as his contract is set to expire next summer.

Khedira has rejected an offer to extend his stay at the Bernabeu, and is thought to be keen on joining Arsenal, though his £150,000-a-week wages may prove a stumbling block in any potential deal.

Chelsea are more likely to be able to afford to offer that kind of contract, and are now hoping to join the running to snap him up this summer, with Jose Mourinho keen on a reunion with one of his former players.

It was the Portuguese coach who initially brought the defensive midfielder from Stuttgart to Real back in 2010, and he now hopes to partner him alongside fellow new signing Cesc Fabregas at Stamford Bridge next season.

Having confirmed the signing of Alexis Sanchez from Barcelona this week, Arsenal are still aiming high in this year’s transfer market, and are looking at Mathieu Debuchy and Lars Bender as well as Khedira, who has the small matter of this weekend’s World Cup final to think about before deciding his future.