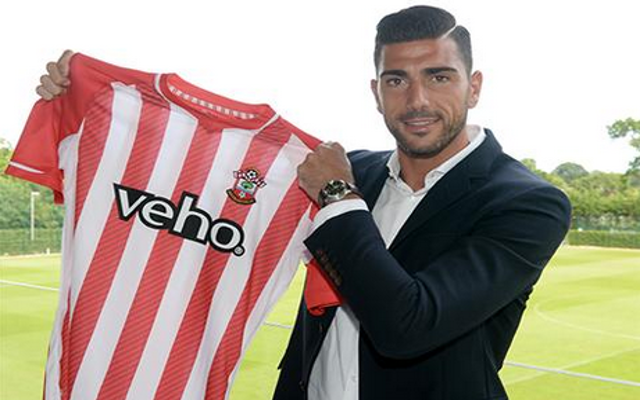 Southampton have signed Italian striker Graziano Pelle from Feyenoord for an undisclosed fee.

The 28-year-old, who represented his country at the 2008 Olympic Games, has put pen to paper on a three-year contract.

Pelle arrives in England on the back of two excellent seasons in the Netherlands.

He scored 55 goals in 66 first-team games for Feyenoord, where he worked under new Saints boss Ronald Koeman.

Koeman and Pelle had previously worked together at AZ Alkmaar as well.

Pelle netted 23 times and made six assists in 28 Eredivisie matches.

Pelle is likely to make his Southampton debut on the third weekend in August when the Saints face Lambert’s Liverpool at Anfield.

Pellè: “@Koeman1963 and I worked together for two amazing years at @Feyenoord, and I hope that it will be the same here.” #SaintGraziano