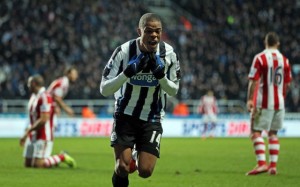 Another striker linked with a move to Anfield is QPR’s wantaway forward Loic Remy, a target for both Arsenal and Newcastle United – where he spent last season on loan.

The 27-year-old Frenchman was in impressive form last season, scoring 14 league goals in 26 appearances for the Magpies to attract the interest of Arsenal, who looked set to sign the player this summer.

However, Liverpool have now emerged as late contenders and could yet convince the player to move to Anfield.