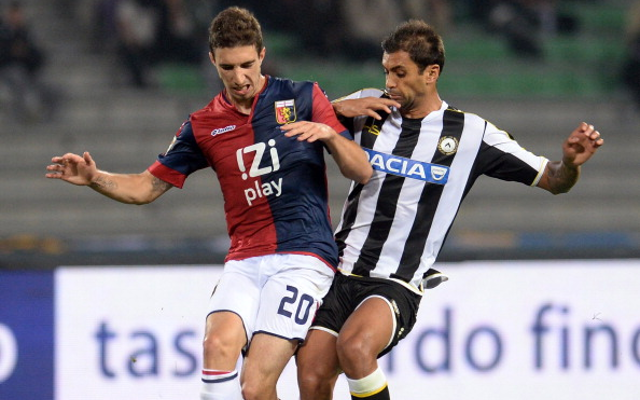 Arsenal could be interested in reviving their interest in Genoa full-back Sime Vrsaljko as potential suitors AC Milan have ruled out interest in signing him this summer.

Talksport reports that the development may pave the way for the 22-year old to move to Arsenal, who are in need of full-back options, following Bacary Sagna’s departure to Manchester City.

The Croatian international right-back impressed last season at Genoa and was also a part of Croatia’s World Cup campaign this year. Arsenal manager Arsene Wenger is interested in a number of right-backs in order to fill the void created by Bacary Sagna’s move to Manchester City, and young Vrsaljko could be an option.

AC Milan meanwhile have ruled out their pursuit Vrsaljko with their CEO stating recently, “Vrsaljko will not come.”

With the Gunners closing in on French right-back Mathieu Debuchy though, the likelihood of Wenger going in for Vrsaljko is rather bleak although Wenger could be interested in him from a rather long term perspective given Debuchy’s age – and both could still arrive.