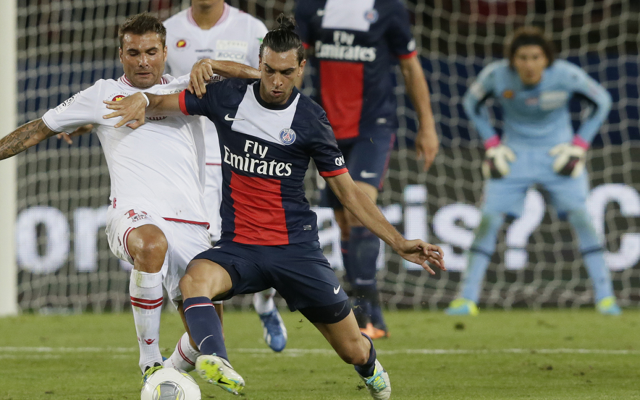 Chelsea could be set to switch their focus from £60m Juventus midfielder Paul Pogba to Paris Saint-Germain’s Javier Pastore, according to the Daily Express.

The Blues are still believed to be in the market for new signings in midfield this summer, despite already spending £30m to bring Cesc Fabregas to Stamford Bridge from Barcelona.

Pogba has been strongly linked as one of the club’s main targets in that position, but his steep asking price may be enough to put them off bidding for him, as they now turn their attention to more affordable and realistic targets.

Jose Mourinho may now move for Pastore, who is thought to be available for a more reasonable price of around £25m, with the Argentine not considered as essential to PSG’s plans for next season.

Despite arriving as the first of many exciting big-money signings at the Parc des Princes in 2011, Pastore has not quite managed to find his best form in Ligue 1, and has been linked with a move away several times in recent months.

Chelsea could now be his next destination as Mourinho eyes more creativity in his midfield, and the 25-year-old may benefit greatly from a change of scenery as he looks to regain his best form.