Three new players to be unveiled at the Emirates Stadium next week.

Arsenal are set to complete moves to sign a trio of talents within the next 48 to 72 hours with Arsene Wenger keen to bring in early summer additions ahead of pre-season activity.

CaughtOffside understands that the north London side have been working hard to secure the signings of three players who have all been in World Cup action with the club’s chief negotiator Richard Law being drafted in to close the transfers.

Having already signed Chilean Alexis Sanchez the Gunners have agreed a fee of £23m for Real Madrid midfielder Sami Khedira with personal terms with the 27 year old German also reached.

Arsenal boss Arsene Wenger will look to welcome in the tough tackling midfielder as a replacement for veteran Mikel Arteta, who had a fairly average campaign last term and has just a year to run on his current contract.

A key factor in the successful chase has been Arsenal star Mesut Ozil, who is a close friend of Khedira’s, whilst the presence of other fellow countrymen such as Lukas Podolski, Per Mertesacker and Serge Gnabry, is sure to have assisted in the club’s pursuit.

Khedira missed most of last season through injury but returned in the latter stages of the campaign and playing his part in Real Madrid’s Champions League triumph over city rivals Atletico before helping Germany to the World Cup final with a series of strong performances in Brazil.

With terms agreed with club and player Arsene Wenger may well be ready to announce the deal on Monday morning following Khedira’s involvement at the World Cup, with a medical penciled in for early next week. 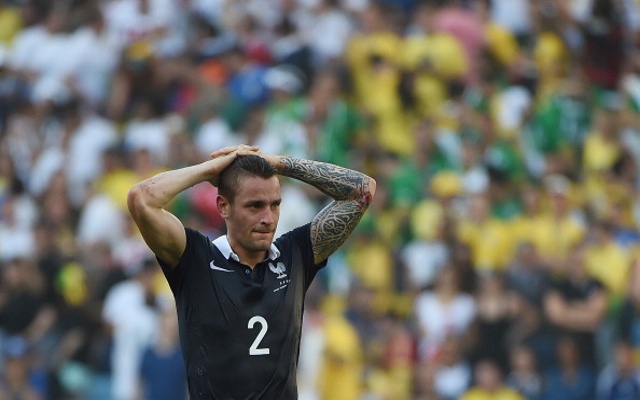 Arsenal have also met Newcastle United’s £11m valuation of right-back Mathieu Debuchy, who has passed a medical with the club and will be assigned the number two shirt.

Debuchy will replace Bacary Sagna, who has left for Man City, and the move is set to be officially announced early next week and may lead to youngster Carl Jenkinson considering his future at Arsenal.

28 year old French international Debuchy had been keen to secure a move to Arsenal once Wenger’s interest was made known to the former Lille man.

The attack minded full-back moved to St James’ Park in January 2013 and immediately adapted to life in the Premier League and his form for the Magpies has helped him to displace Sagna as the first choice right-back in Didier Deschamps national team set-up.

Finally the Emirates Stadium side will welcome in Colombian keeper David Ospina having agreed to pay his Ligue 1 side Nice the £3m needed to secure the 25 year old’s signature after his impressive World Cup showing.

Ospina will act as a worthy back-up to first choice custodian Wojciech Szczesny, with Lukasz Fabianski having completed his move to Swansea City.

Arsenal may elect to loan out Yaya Sanogo to Nice as part of the deal.