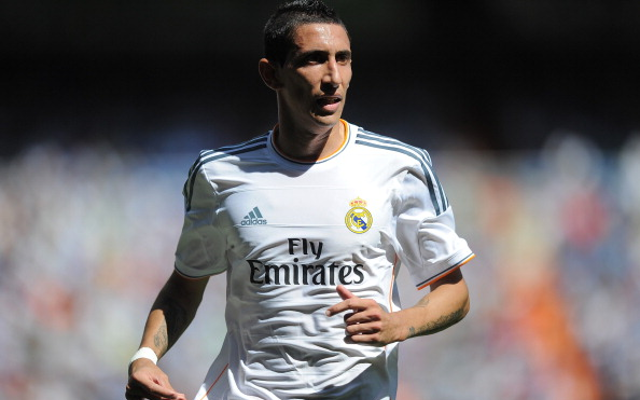 Arsenal could be set for another major coup in the transfer window as they look to follow up their recent signing of Alexis Sanchez with a move for Real Madrid star Angel Di Maria, CaughtOffside understands.

The Gunners will face stiff competition from Paris Saint-Germain for the signing of the Argentine winger, who looks close to agreeing on a move to the Parc des Princes for a fee of around £47m, according to recent reports.

However, the north London giants are willing to break their club-record transfer fee with an offer to match that of PSG’s, in what would be another sensational purchase after bringing in Sanchez this year and Mesut Ozil last summer, also from Real Madrid.

It remains to be seen if Di Maria would favour a move to the Emirates Stadium over the chance to join the Ligue 1 champions, but if he does decide on a move to the Premier League, it would be a major blow for Manchester United, who had looked in a good position to sign him earlier this week.

New manager Louis van Gaal made the 26-year-old one of his main targets for a new world class addition on the flanks, but it seems that the Red Devils’ lack of Champions League football has proved decisive in Di Maria’s decision to turn the club down, despite a lucrative contract offer of around £150,000 per week.

To rub salt into the wound, the former Benfica star could now be lining up for United’s rivals Arsenal next year, with the Gunners ready to make him their highest earner with a similar contract offer.

Di Maria’s arrival would add even more depth to the club’s superb array of talent in the attacking midfield positions, but would provide a more direct threat from out wide, in contrast to the likes of Ozil and Santi Cazorla, who prefer to drift centrally to dictate the play. This signing would likely also mean that Arsene Wenger sees new-boy Sanchez as an option upfront rather than out wide.

There may still be work to do for Arsenal to tie up this deal, but the club’s fans will be delighted to see this much-improved ambition in the transfer market from Wenger in recent times.

Di Maria may not be the only Madrid player on their way to the Emirates this summer, with German midfielder Sami Khedira also believed to be a top target.