Van der Vaart and Sabia took a stroll on a beach in Saint-Tropez on Saturday, hours before the Netherlands beat Brazil 3-0 to secure third place in the 2014 FIFA World Cup.

However, the 31-year-old, who is currently employed by Hamburg, is recovering well and should be fit for the start of the new season.

Boulahrouz and Van der Vaart have previously played together for club and country. 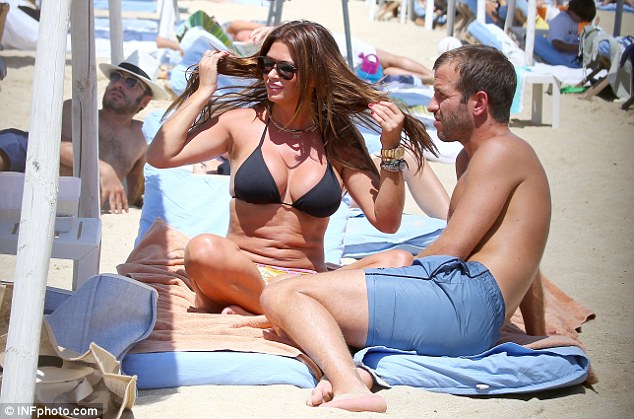