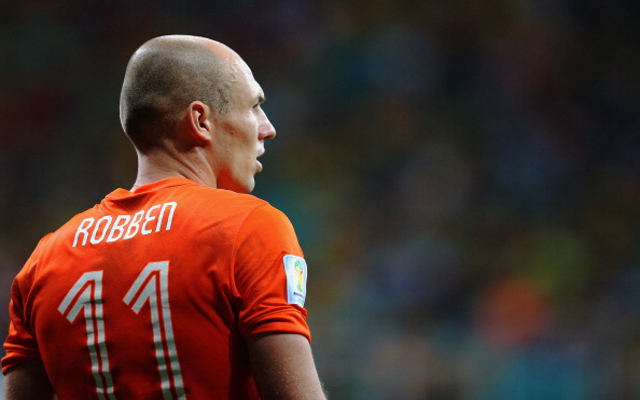 Manchester United manager Louis van Gaal may have hinted at a move for Bayern Munich and Netherlands winger Arjen Robben after last night’s third-place playoff match in the World Cup, according to the Daily Telegraph.

The Dutchman was quoted as saying that Robben is ‘always welcome’ at United after being asked about a move for him after the game, which saw the Netherlands triumph 3-0 over host nation Brazil.

Robben, formerly of United’s rivals Chelsea, has been one of the stars of this year’s competition, as well as being a key player for Bayern in recent times as they have enjoyed tremendous success domestically and in Europe.

United are seemingly in the market for new players in the wide positions after being strongly linked with Real Madrid and Argentina star Angel Di Maria, though he looks set to join Paris Saint-Germain instead, paving way for a potential move for Robben.

It seems highly unlikely that the Bavarian giants would be ready to sell the 30-year-old, but the player himself may also be tempted to link up with his national team boss as he prepares to switch his duties to taking over at United full time, while international team-mate Robin van Persie is also a key figure at Old Trafford.