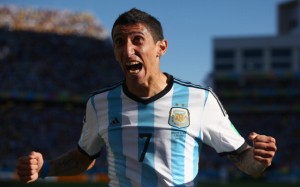 Angel Di Maria will snub his proposed move to Manchester United due to the club’s lack of Champions League football.

The Sunday Express are reporting that the Argentine star has turned down a a bumper £150,000-a-week deal at Old Trafford, despite his desire to leave Champions League winners Real Madrid this summer.

The Express believes that both Arsenal and Chelsea will now have the opportunity to make a move for the £40m rated 27-year-old, who scored four goals and provided 17 assists in La Liga last season.