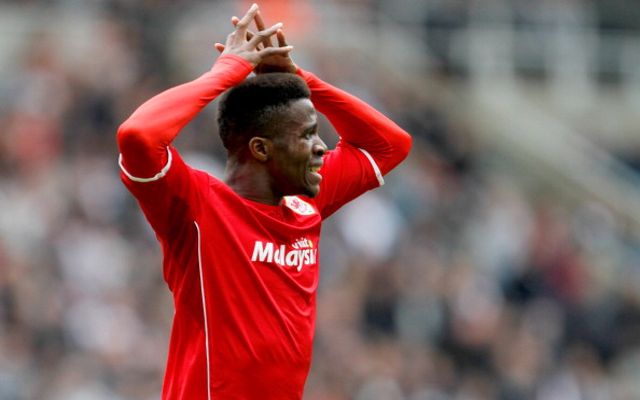 Russian outfit Dinamo Moscow want to launch a move for 21-year old Manchester United and England international Wilfried Zaha, according to reports from the Sun.

They are hoping to sign the outcast winger for around £5.6 million plus add-ons, but it is expected that they would face plenty of competition from Premier League sides in their quest to sign the former Crystal Palace starlet.

Manchester United meanwhile, could be willing to let go of Zaha after the speedy winger failed to make a favourable impression on loan at Cardiff in the second half of last season, and would possibly be looking to sell to the highest bidder in order to recoup their £12 million spend on him. Dinamo Moscow meanwhile, are keen to lodge an offer for Zaha, and are reasonably confident of a deal after having signed Dutch left-back Alex Buttner from the Red Devils recently.

Zaha too is inclined to move as his career seemed to have stalled at Old Trafford last season, but he might want to consider offers that allow him to stay in England rather than a premature move abroad.