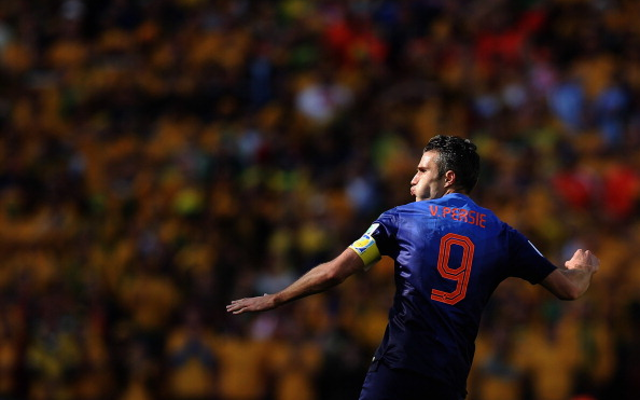 Robin van Persie channelled Jose Mourinho at the 2014 FIFA World Cup third place play-off last night, as the Manchester United and Netherlands striker gave away his bronze medal and captain’s armband to a fan in the crowd after his nation’s comfortable 3-0 win over the hosts.

Van Persie also got himself on the scoresheet, confidently stroking home an early penalty as Louis van Gaal’s side rounded off a successful campaign in Brazil.