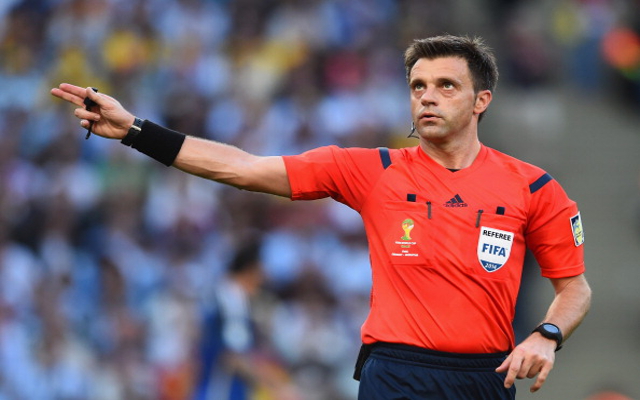 It’s usually fans in the stands who catch a sight of themselves on the big screen at World Cup game – usually reacting by screaming and jumping and generally looking like idiots.

World Cup final referee Nicola Rizzoli tried to play it slightly cooler, looking up during the first half of Argentina vs. Germany and catching a glimpse of himself – before snidely rearranging his hair. Well played, sir.

The ref catches himself on the big screen. Play it cool… https://t.co/cdGbg5g4xY