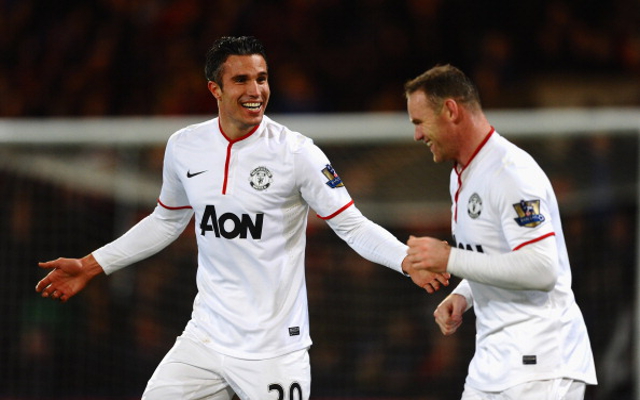 England striker believes he is the man to lead United.

England striker Wayne Rooney wants to be the new captain of Manchester United next season, but fears that Louis van Gaal will opt for Robin van Persie instead, according to the Daily Mirror.

The 28-year-old is described as having ‘his heart set’ on taking the armband after the departure of previous skipper Nemanja Vidic to Inter Milan this summer, and could be ‘devastated’ if he is overlooked by United’s incoming manager.

Although Rooney notably considered leaving Old Trafford last summer amid interest from Premier League rivals Chelsea, his long association with the club makes him a good candidate to lead the side, but it is thought that his strike partner van Persie may be in pole position.

The Dutch forward is currently captain of his national side after being given the role by van Gaal, who will now be faced with a decision to make as he begins a full-time role as head coach of the Red Devils.

Van Persie’s leadership skills for the Netherlands national team have been lauded by former Liverpool star Dirk Kuyt, who has hinted that he could be a great choice to take the captaincy for United.

“I’ve played in five ­tournaments and the togetherness of the squad has never been as great as it has been at this World Cup,” Kuyt said.

“It’s something I haven’t experienced before and a lot of that is down to Robin. I think we were a genuine team.

“He was injured for two months and fought so hard to come back – the way he led the team was fantastic.”