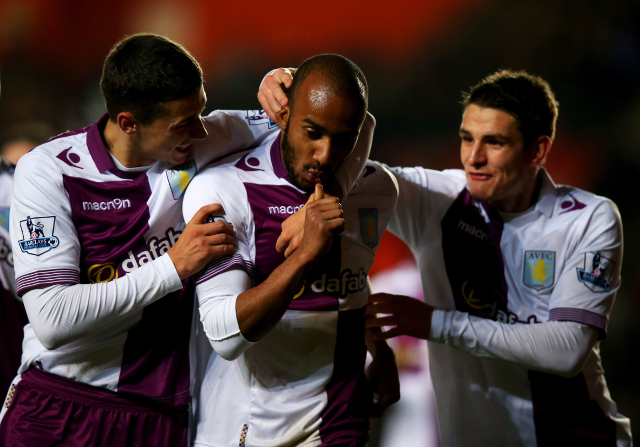 West Ham are lining up a hopeful bid for Aston Villa youngster Fabian Delph according to the Daily Mirror.

The former England Under 21 international, was who on the fringes of a call-up to Roy Hodgson’s senior set-up, has just a year to run on his current Villa Park deal and the Hammers believe they can lure the midfielder to east London.

Upton Park boss Sam Allardyce is looking to freshen up his midfield options and is ready to register a £5m offer for the 24 year old, who impressed last term despite Aston Villa’s overall struggles.

West Ham have already signed two midfield players in the form of Senegalese international Cheikyou Kayate and Charlton youngster Diego Poyet but failed in their pursuit of experienced campaigner Gareth Barry, who opted to make his loan move to Everton a permanent one.

Allardyce has also signed Argentine striker Mauro Zarate and defender Aaron Cresswell and are said to be closing in on a big money move for Ecuadorian Enner Valencia.

Delph moved from Leeds United to Aston Villa in 2009 and has made 93 appearances for the Midlands outfit.