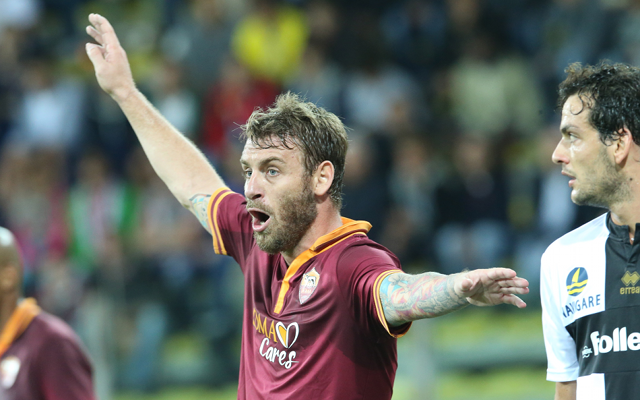 Bayern chasing replacement for star midfielder.Bayern Munich could look to either Daniele De Rossi or Marco Verratti to come in as a replacement for Real Madrid target Toni Kroos, according to Infoticker.ch.

The Bavarian giants look increasingly likely to lose their key playmaker Kroos, who will be hoping to celebrate a World Cup final victory with Germany this evening, as the former target for Manchester United and Chelsea closes in on a move to the Bernabeu.

This could now see Bayern look to two other players who have been linked with moves to the Premier League in the past in Roma star De Rossi and Paris Saint-Germain youngster Verratti, two Italian internationals.

De Rossi has been with Roma for his entire career so far and is a highly experienced and well-rounded player, while Verratti is a silky playmaker seen has having the potential to become one of the best in the world and a long-term successor to Andrea Pirlo for the national side.

While Kroos will no doubt be a big loss after his superb performances in recent years, Bayern could do well to bring in either one of these two midfield players as they look to challenge for more honours next season.