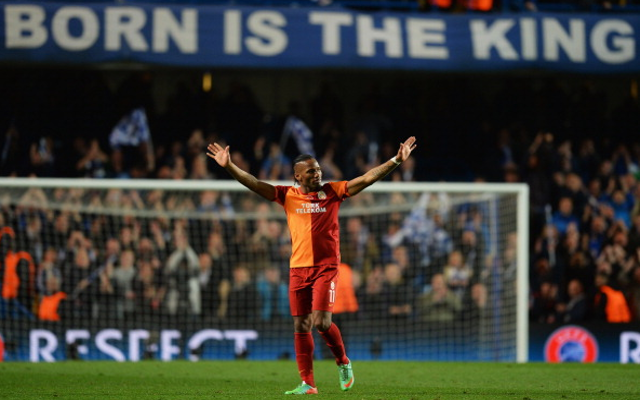 Blues working on deal for striker.

Chelsea have opened talks with legendary striker Didier Drogba over a surprise return to Stamford Bridge in a player/coach capacity, according to the Daily Mail.

The Ivory Coast international spent eight years with the Blues in his first spell at the club, scoring 157 goals in total to help win three Premier League titles, four FA Cups and the Champions League.

Regarded as one of Chelsea’s best ever players, Drogba would certainly be welcomed back with open arms to Stamford Bridge, after spells with Shaghai Shenhua and Galatasaray since leaving the club in 2012.

The 36-year-old still looks capable of playing at the top level, and has also been linked with the likes of Juventus and Roma in recent times as he ponders one final move to a big club.

Still, it could be that that move will be to go back to Chelsea as a backup player and part of Jose Mourinho’s coaching staff, with the Portuguese tactician still short of quality options upfront, despite the £32m signing of Diego Costa from Atletico Madrid.

Drogba could also prove a good presence on the training ground for misfiring strike duo Fernando Torres and Demba Ba, in a potentially smart transfer move by Mourinho.