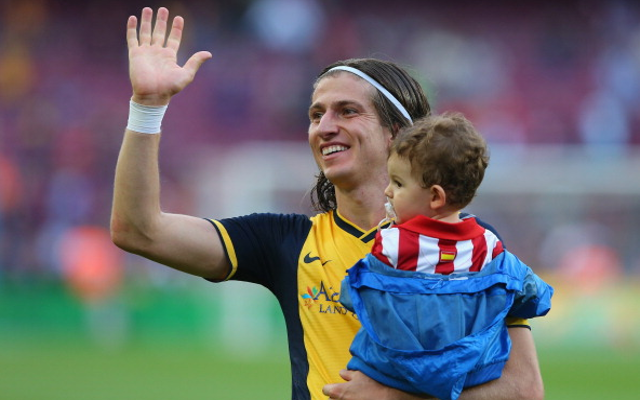 Chelsea are closing in on a deal to sign long term target Filipe Luis with the Atletico Madrid left-back set to fly to London for an imminent medical according to the Metro.

The Brazilian has been forced to train with his side’s reserve side after demanding a move to the west London side and now looks likely to complete a £20m move to Stamford Bridge where he will no doubt replace veteran Ashley Cole, who has moved to AS Roma.

The 28 year old played a key role in his side’s La Liga title triumph as well as their run to the Champions League final.

Luis may hope that a high-profile move will aid his push for a more prominent role in the Brazilian national team set-up having missed out on a spot in Felipe Scolari’s World Cup squad.

A move to Chelsea would see Luis reunite with team-mate Diego Costa who left the Spanish capital for the Premier League side earlier this summer.

Jose Mourinho has also signed Spanish international midfielder Cesc Fabregas but also garnered around £50m from the sale of David Luiz to PSG, so has funds to bring in further summer signings.