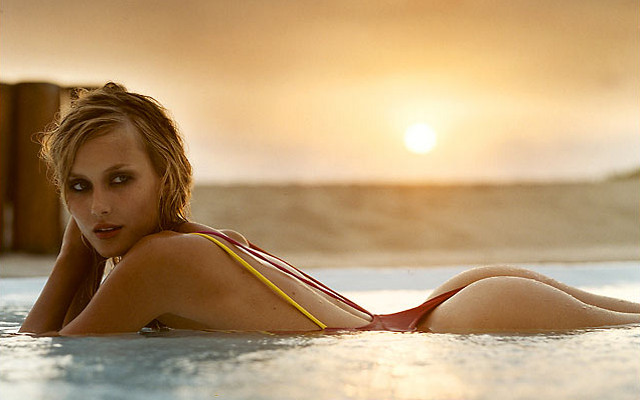 Former Spain captain Carles Puyol was a champion at the 2010 FIFA World Cup in South Africa.

The 36-year-old Barcelona legend did not compete in Brazil though, having retired earlier in the summer.

However, Puyol travelled to Brazil anyway to watch the final, which saw Germany beat Argentina, with sexy girlfriend Vanessa Lorenzo.

The Estadio Maracana was packed full when the game kicked off, but the 78,838-capacity venue was pretty empty earlier in the day, when the below picture was snapped.

Lorenzo, 37, is a Barcelona-born model, who has appeared in magazines such as Vogue, ELLE, Cosmopolitan, Glamour, and the Sports Illustrated Swimsuit Edition.