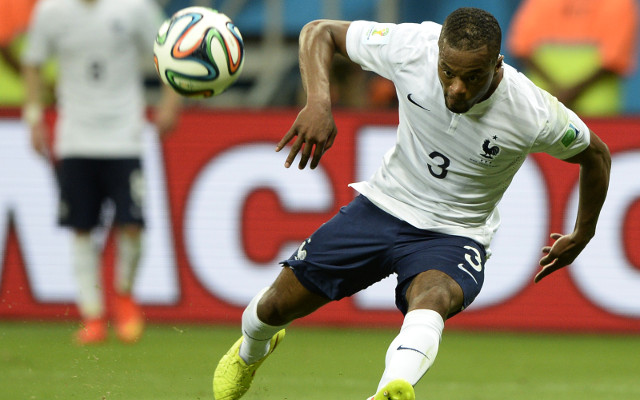 Manchester United defender Patrice Evra has apparently agreed to join Serie A giants Juventus by confirming his intention to link up with them via an email, according to the Metro.

The 33-year-old is currently on holiday in Los Angeles after returning from World Cup duty with France in Brazil, and reports are now suggesting that he has told Juve chiefs that he is ready to join them in time for the new season.

Evra penned a new one-year deal with the Red Devils back in May, but since then the club have signed Southampton teenager Luke Shaw for a fee of £30m, and have now decided to allow Evra to move on after deeming him surplus to requirements.

The veteran star had been tipped to move on this summer anyway, but with Juve keen to add more experience to their side as they prepare for a renewed assault on the Champions League next season.

However, Evra’s departure may mean that United will themselves have to dip back into the transfer market for a left-back as Louis Van Gaal sanctioned the sale of second choice player Alexnder Buttner earlier this month.