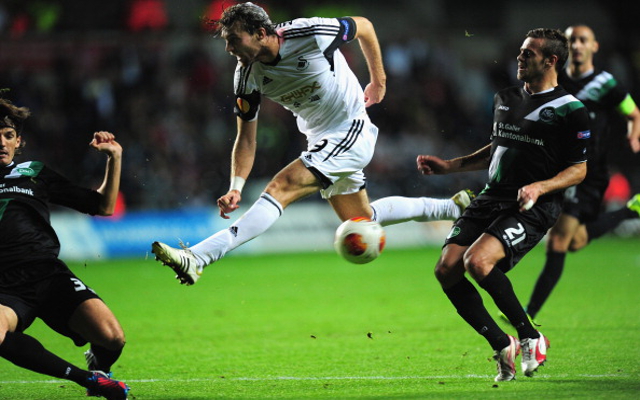 Liberty Stadium side to make Serie A switch.

Napoli are reportedly set to complete their long awaited deal to sign Swansea City star Michu today according to TuttoMercato.

The 28 year old Spaniard failed to retain the level of form that made many sit up and notice the cultured forward in his first Premier League campaign and with Micheal Laudrup having left the Liberty Stadium the former Rayo Vallecano and Celta Vigo man may have felt the time right to leave south Wales.

Michu scored 22 goals in his first season at Swansea City following his paltry £2m move to the club but injuries and loss of form meant the attacker only managed to net six times last term and seems set for a Serie A switch where his career may well re-ignite.

A move to the San Paolo will lead to Champions League action and could well help Michu to add to the one national team cap he garnered in 2013 and Swans boss Garry Monk has already brought in Frenchman Bafetimbi Gomis to help support Wilfried Bony in his attack.