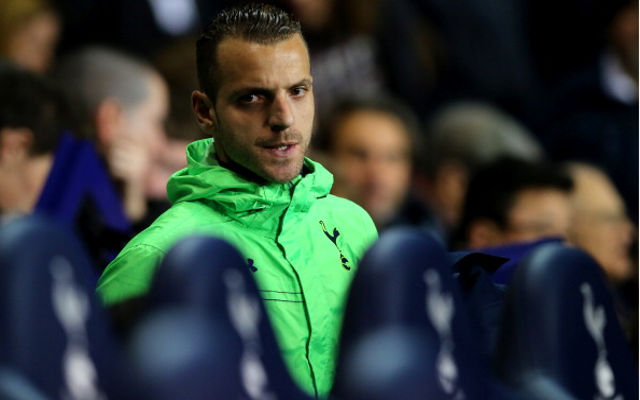 This source claims that the San Siro side see the Spaniard as a viable alternative to Pablo Osvaldo, the Southampton man also said to be a player the Nerazzurri are chasing.

Soldado cost Tottenham a then club record of £26m, a move to sign AS Roma youngster Erik Lamela swiftly overcame that figure last summer, but the former Valencia man struggled to make an impact in his first season at White Hart Lane.

The 29 year old managed just six goals in 29 Premier League appearances, a stat that is all the more worrying when you consider four of those efforts came from the penalty spot, but chairman Daniel Levy will surely demand a hefty fee for the striker if he is to consider offers for his services.

Though Soldado has been a flop one imagines the north London side would demand upwards of half the fee they paid for the forward last August, and even that may be a bridge too far for Inter Milan.

New boss Mauricio Pochettino is sure to be keen on strengthening his squad this summer and as such may need to sell before he buys given the large sums Levy forked out last year.