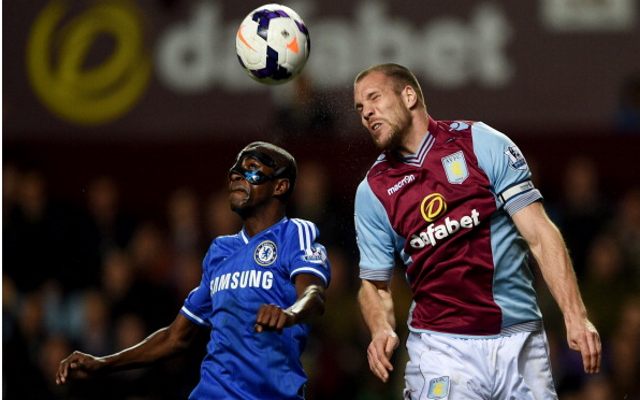 Last season’s Serie A runners up, AS Roma, are ready to make a move for centre back Ron Vlaar from Aston Villa, according to reports from the Daily Star, with the Dutchman having just one year left to run on his deal at Villa Park.

Vlaar’s stock has risen exponentially as a result of his fine performance for the Netherlands at the 2014 FIFA World Cup, where he was the rock that held together Louis van Gaal’s often frenetic three man defence.

These performances were at odds with his spell at Villa, where Vlaar has often been hampered by injury despite some promising performances when he was able to pull on the claret and blue shirt as captain.

The Dutchman is yet to agree a new deal with Paul Lambert’s side this summer and, if no agreement can be reached, he is likely to be sold by the club rather than allowed to leave on a free transfer next summer.

Despite having one of the finest defensive records in Europe last summer, AS Roma manager Rudi Garcia has already strengthened his back line with one signing from the Premier League – former Chelsea left back Ashley Cole.