Liverpool boss Brendan Rodgers will look to use his connections with his former Stamford Bridge employers as he seeks to land highly rated Brazilian Lucas Piazon this summer.

CaughtOffside understands that the Anfield side are keen on the 20 year old and will look to take advantage of any uncertainty surrounding the attacking midfielder’s future at Stamford Bridge.

On the subject of his future Piazon is quoted as stating;

“I will play in pre-season until we make a decision and I will try to do what’s the best thing for me.”

The youngster enjoyed a successful loan spell at Eredivisie side Vitesse Arnhem last term, netting 11 goals and providing eight assists in 28 domestic league fixtures, and there is a chance that he could be sent out on another temporary deal as he is unlikely to play a prominent role in Jose Mourinho’s first team set-up in 2014/15. 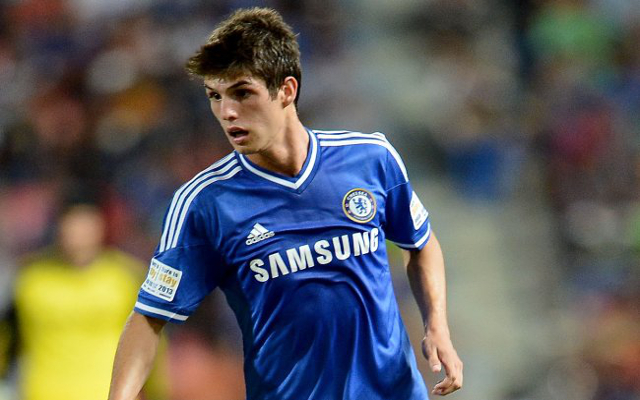 The likes of Eden Hazard, Andre Schurrle, Willian, Oscar and Mohamed Salah all stand in Piazon’s way and Rodgers is ready to offer the Blues starlet a better chance of Premier League action and is ready to offer £16m in an attempt to persuade Chelsea to sell.

Rodgers is keen to land Piazon, who he feels is a real star in the making, and has significant funds to re-invest in his Liverpool squad following the £75m sale of Luis Suarez to Barcelona.

Piazon may fear his career could stagnate at Chelsea if he is not offered first team football and Jose Mourinho has shown in recent transfer windows a willingness to cash-in on players he may not deem as key to his long term plans.

Mourinho happily sold Juan Mata, Kevin de Bruyne and David Luiz and could consider an offer from Liverpool for Piazon.

Brendan Rodgers retains a strong relationship with Mourinho and this could assist such a deal and the Liverpool manager is willing to accept an initial loan deal if necessary.

Piazon’s only Premier League appearance to date came in Chelsea’s 8-0 win over Aston Villa back in December 2012.