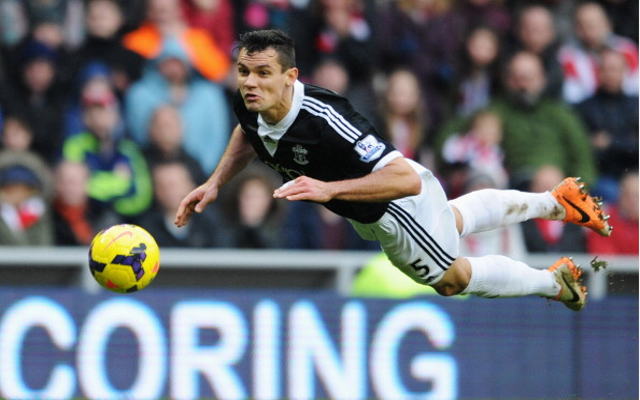 In a pre-season friendly against the Saints, a player competing for Dutch lower league side EHC Hoensbroek, known on Twitter as @Maaslfc, claimed that the Croatian central defender hinted at a move to Liverpool after the 4-0 romp his side received at the hands of the Premier League side.

I asked Lovren whether he’ll be a LFC player next year, started laughing and gave me a wink! Told him I’d love to see him, smiled again!#LFC

Earlier in the summer, it was claimed that Southampton were demanding a steep £25m for their 25-year-old defender, and the potential move to Anfield seemed up in the air with Lovren heading off with the Saints for pre-season.

The player though is clearly desperate for a move, judging by @Maaslfc’s tweet, and the fact that the player claimed earlier in the summer after Liverpool’s opening £20m bid was rejected, that, ” Frankly, my head is already at Liverpool.”

Liverpool were weak defensively last season, conceding 50 Premier League goals, and it’s no surprise that Brendan Rodgers wants to bring in some reinforcements this summer.

If Lovren were to arrive, he could quite possibly partner Frenchman Mamadou Sakho at the back during the 2014/15 campaign.