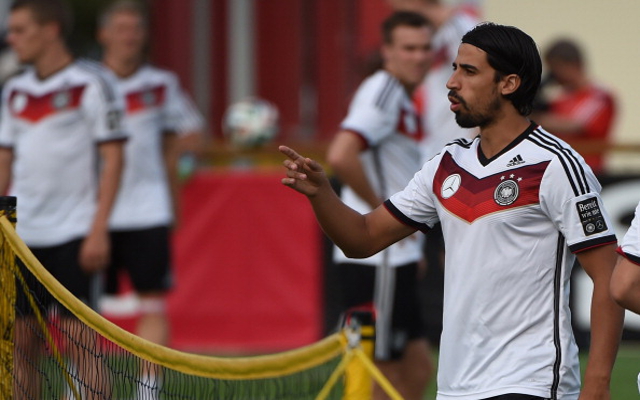 Gunners’ move for midfielder hits snag.Arsenal’s proposed move for Real Madrid midfielder Sami Khedira may be in doubt due to the player’s hefty wage demands, according to Cadena Ser.

The German international is widely expected to be on his way out of Madrid this summer after turning down offers of a new contract at the Bernabeu, which has seen him attract plenty of interest in the transfer market this year.

The 27-year-old has also been linked with Chelsea, though this reliable Spanish source makes no mention of any offers from the Blues, with only Arsenal mentioned as potential suitors for his signature this summer.

Still, it seems as though the Gunners are unwilling to pay Khedira the £150,000 per week that he is requesting, which would put him up alongside Alexis Sanchez and Mesut Ozil as among the club’s highest earners.

Khedira has been at Real since 2010, and has helped the club to wins in La Liga in 2012, as well as the Champions League this season, before then enjoying World Cup glory with Germany in Brazil.

A proven winner and experienced competitor, the former Stuttgart man would no doubt be a good addition to Arsene Wenger’s squad, though the move may now be in some doubt.