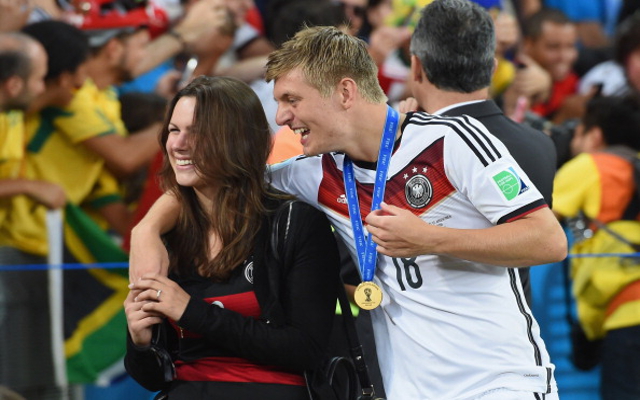 The German champions have announced the deal.

Bayern Munich have announced that midfielder Toni Kroos will be joining Real Madrid with immediate effect after a deal was agreed between the two clubs.

DONE DEAL: Toni Kroos will make an immediate switch to Real Madrid after the clubs reached an agreement.

The 24-year-old has long been linked with the Champions League holders and having entered the final year of his current contract at the Allianz Arena the Bundesliga champions were put in a difficult position.

Kroos was one of the players of the tournament at the recent 2014 World Cup, where his Germany side were crowned champions after beating Argentina in the final on Sunday.

The midfield ace is currently on a three-week holiday after that victory and will join up with his new teammates at the Estadio Santiago Bernabeu after that and has signed a six-year contract with the Los Blancos.

Kroos is a product of the Bayern youth system and broke into their first team in 2007, before spending an 18-month loan spell with Bayer Leverkusen in 2009/10.

Manchester United were also interested in signing the German this summer, but he made it abundantly clear that no deal to join the Red Devils would be happening.

The arrival of Kroos at Madrid plunges further doubt into another United target’s future at the club however, with the Daily Star reporting the English giants are interested in Angel di Maria.