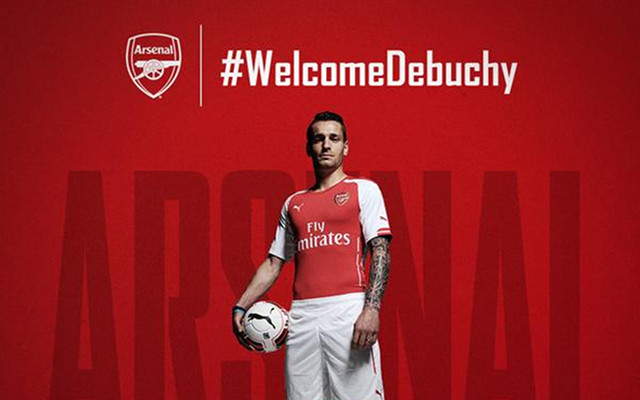 Arsenal have completed the signing of Newcastle United’s French international defender Mathieu Debuchy, who will cost the North London club around £10m, the Independent reports.

The 28-year-old, who joined Newcastle from Lille in January 2013, played 46 games for the Magpies, regularly impressing with his performances at right-back.

Arsene Wenger has been desperate to find a replacement for long-time full-back Bacary Sagna, who has moved to Manchester City, and has now secured his first-choice target after several weeks of negotiations.

“We are delighted to welcome Mathieu Debuchy to Arsenal Football Club. He has shown he can perform at the highest level with his club sides and also for France. He is a quality defender who has good Premier League experience and I’m confident he will fit in very well with us,” Wenger told the club’s official website.

Debuchy becomes the second new signing at the Emirates Stadium this summer, following on from Wenger’s £35m capture of Barcelona’s Alexis Sanchez. Reports suggest that the duo will soon be joined by goalkeeper David Ospina, who is poised to move to North London from Nice.

French newspaper Nice Matin says the Ligue 1 club have accepted a £3.2million bid from the Gunners, with the deal set to be done in the next few days.

Arsenal have been following Ospina for the last few months but Arsene Wenger was convinced by his ability after the 25-year-old sparkled for Colombia at the World Cup. An agile shot stopper with brilliant reflexes, Ospina was available on the cheap after rejecting a new contract at Nice last season.