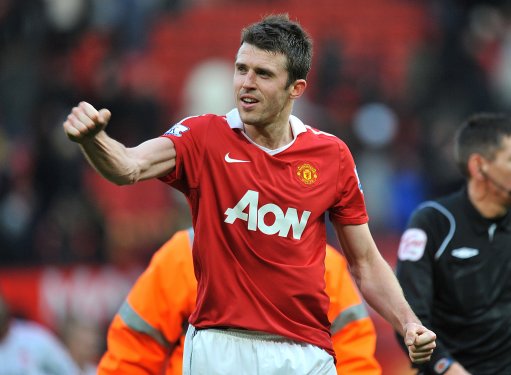 Manchester United midfielder has undergone surgery on an ankle injury.

Manchester United midfielder Michael Carrick has gone under the knife after suffering an ankle injury that will keep the England international out for ten weeks.

The former Tottenham Hotspur and West Ham United man has been trying to keep himself in high spirits, however, posting a picture of himself in the hospital with a cast on his ankle after the procedure.

Carrick is likely to have a battle on his hands to get back into the United team, with Louis van Gaal already having captured Ander Herrera from Athletic Bibao.