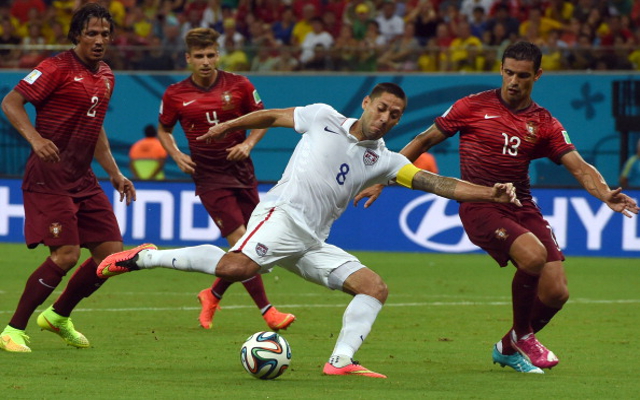 The USA proved at this summer’s FIFA World Cup that they are on their way to becoming a powerful nation on Planet Football.

The USMNT qualified from a very tough group, which included champions Germany, Portugal and Ghana, before being beaten 2-1 by Belgium after extra time in the last 16.

Former Tottenham Hotspur attacker Clint Dempsey was one of the leading stars.

Bolton Wanderers midfielder Stuart Holden missed out on a place at the World Cup because of a serious ankle injury.

Dempsey, Holden and their wives were pictured socialising on Wednesday night.