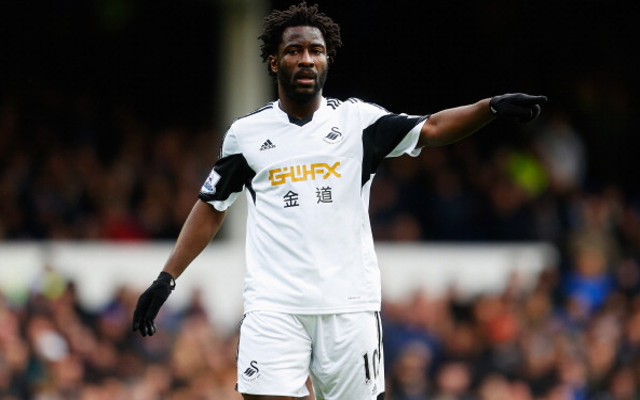 Reds to up their offer.

Liverpool are preparing to lodge an improved bid for Swansea City forward Wilfried Bony, according to Goal.com.

The Reds are in the market for a new striker, with Luis Suarez heading to Barcelona this summer.

Bony netted 16 times in the league, as well as bagging nine goals in cup competitions.

The Ivory Coast international has three years left to run on his current contract with the Swans, but Liverpool and Tottenham Hotspur are both interested in signing him this summer.

Liverpool were apparently knocked back when they offered £12.5m, but they are now set to increase their bid to £15m plus significant add ons.

Swansea are said to want around £19m.

The Welsh side have already signed Bafetimbi Gomis from Lyon, seemingly as a replacement for Bony.

Gomis arrived at the Liberty Stadium on a free transfer last month.

Bony has scored 10 international goals in 28 senior appearances for the Ivory Coast.