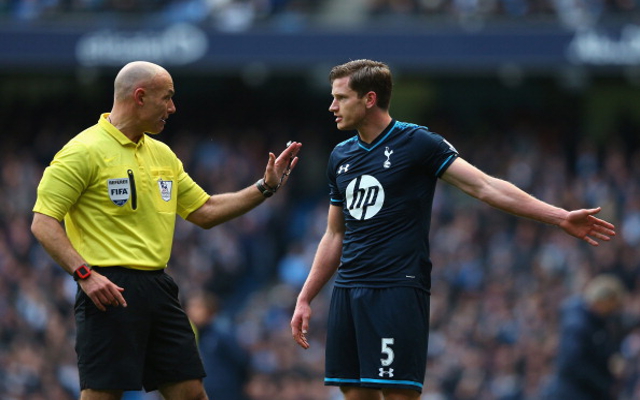 Tottenham Hotspur are set to open talks with Jan Vertonghen over a new long-term contract with the club as they hope to stop him leaving this summer, according to the Daily Mail.

The Belgian international joined the club two years ago and has been a key player in their back four since then, but there has been speculation that he could leave this summer due to rumoured interest from La Liga giants Barcelona.

Tottenham will not want to lose an important member of their first-team, and are ready to offer a new five-year deal and pay rise to keep the 27-year-old at White Hart Lane for the foreseeable future.

The north London club recently managed to persuade another big name in Hugo Lloris to commit his future despite him also being linked with a move away, and keeping Vertonghen as well would be a bit boost for new manager Mauricio Pochettino.

The Argentine only recently took over at Spurs after an impressive spell in charge at Southampton, but he hasn’t had much luck in the transfer market as of yet with no new players brought in.

Still, securing the futures of two important starting players will be seen as good work for now for the new boss.