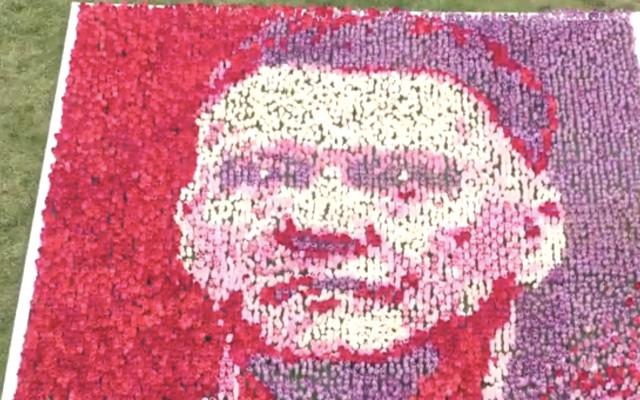 The magic of tulips!

Will Hill commissioned a team to create the artwork using 25,000 tulips.

Watch the brilliant mural being created in the below video, which clearly rips off BBC TV show Ground Force.

He moved to Old Trafford after guiding the Netherlands to third place at the 2014 FIFA World Cup.