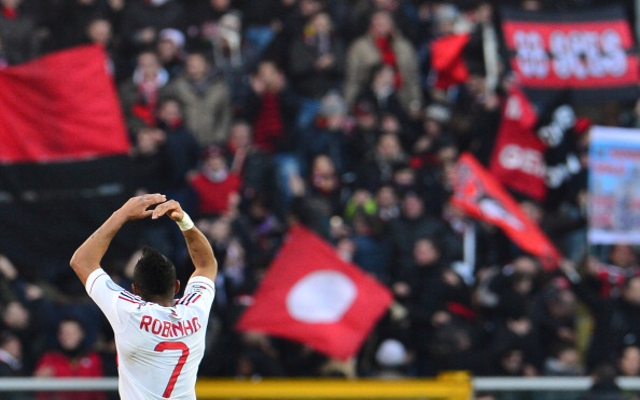 AC Milan’s Robinho is in talks with MLS side Orlando City regarding a possible move with the Brazilian expected to first spend six months in Brazil.

The striker has been a fringe player at San Siro for the past two seasons and it is expected that Milan will push to finally ensure that they can clear his salary from their books this summer.

With Stephan El Shaarawy returning from injury as well as the arrival of Jeremy Menez from PSG last month, it is expected that the 30-year-old will see his first-team opportunities further restricted in the coming season under new coach Pippo Inzaghi.

As a result, he will likely welcome the chance to start a new challenge and that could take him to MLS via Brazil with Santos and Flamengo reportedly the front-runners to secure his services for the next six months.

Robinho is expected to follow in the footsteps of former team-mate Kaka, who signed with Orlando City but will spend the next six months on loan with Sao Paulo before the 2015 season starts in March next year.

“There has been a formal offer from Orlando City, as confirmed by Adriano Galliani,” representative Marisa Ramos told Globoesporte, as reported by Football Italia.

“The two parties are negotiating. If this move does go through, moving to Brazil for six months first is certainly an option. He couldn’t stay for six months without playing.”

Orlando continue to construct their new squad ahead of their first campaign in the league, and they are seemingly set to place their faith in the Brazilian duo despite their decline in recent years, particularly in the case of Robinho.