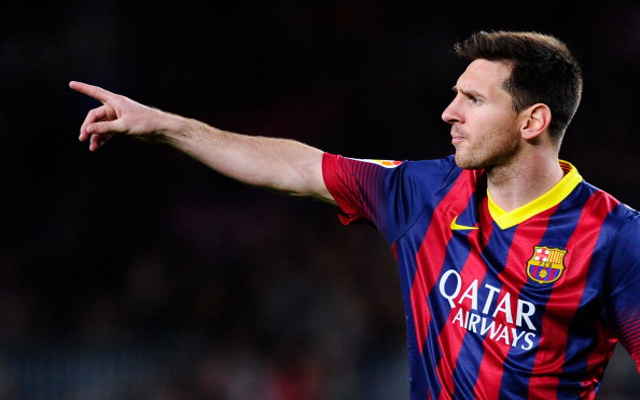 Barcelona’s new manager Luis Enrique may have some radical changes in mind to accommodate new signing Luis Suarez into his side next season, according to Mundo Deportivo.

In what may be something of a controversial decision, the free-scoring Argentine may be pushed further back as Suarez and Brazilian forward Neymar occupy the more advanced roles in the side.

It is not yet clear what formation Enrique will settle on, but Messi could play closer to the defensive midfield pivot of Javier Mascherano and Sergio Busquets, ether in a 4-2-3-1 or the club’s traditional 4-3-3, with the new task of being the playmaker to provide the passes for the likes of Suarez to latch onto.

Despite his terrific goalscoring record in a ‘false 9’ role for Barca, Messi has also shown a creative side with some fine passing and impressive statistics with assists.

Suarez was also one of the most lethal goalscorers in Europe last season, and would arguably be wasted out wide, as he scored 31 goals in 33 games for Liverpool in the 2013/14 Premier League.

With the likes of Cesc Fabregas leaving and Xavi possibly set to follow, Enrique may find himself short of creative midfield options, hence the desire to move Messi back.